Dr. Andrea Hutchinson and John Hutchinson, MBA, the co-founders of CARE Counseling, are looking to change all that.

CARE Counseling opened in January 2014 and Dr. Hutchinson started seeing clients that September. In the months leading up to the clinic’s opening, the couple worked several full-time jobs to cover the cost of opening a practice and in all of their nights and weekends, they worked on renovating a beautiful Victorian home that became their first clinic location.

The team quickly grew to 10 clinicians and Andrea & John identified the organization needed to double down by switching from a contractor-based model to an employment model and reinvesting every dollar they made back into the clinicians. Since then, the practice’s growth has been astronomical. They currently have over 84 team members scheduling over 1,500 clients weekly.

“They were early in their lifecycle with their business when they came to us, still trying to figure a few things out,” said Oklobzija. “They’re an awesome team. I got the feeling that they knew what they were doing and trusted that they would figure it out, and they did.”

“21st Century Bank just gets it,” said John. “And Blair is comfortable with being aggressive but is also biased toward safety and pretty realistic. A lot of lenders might give you more funding than you need or are so conservative that you’re not going to hit your growth goals. With Blair and 21st, that wasn’t a problem.”

As part of their strategy, CARE hasn’t taken out many loans for their business. After switching to an employer model with rolling hiring (which helps them hit 70% growth year after year), CARE has been stable and supported their own growth from a cash flow perspective.

Currently, CARE has two buildings they’ve secured with the help of 21st Century Bank as part of the Small Business Administration (SBA) 504 loan program. And two buildings were secured through conventional loans including a new site in Mendota Heights.

Being able to buy the buildings out of which CARE operates makes it a lot easier to invest money in those spaces – especially since they know they’ll be able to keep it long-term and won’t need to renegotiate their leases every five years.

21st Century Bank has been an ongoing partner in this venture. “It’s amazing how wonderful the small business loan programs have been and how much we’ve been able to do for the community and for our organization simply because we don’t have to put a twenty-five or thirty percent downstroke on a piece of commercial real estate,” John said.

CARE Counseling is excited for their future in Minnesota and maintaining a presence in the communities they serve. 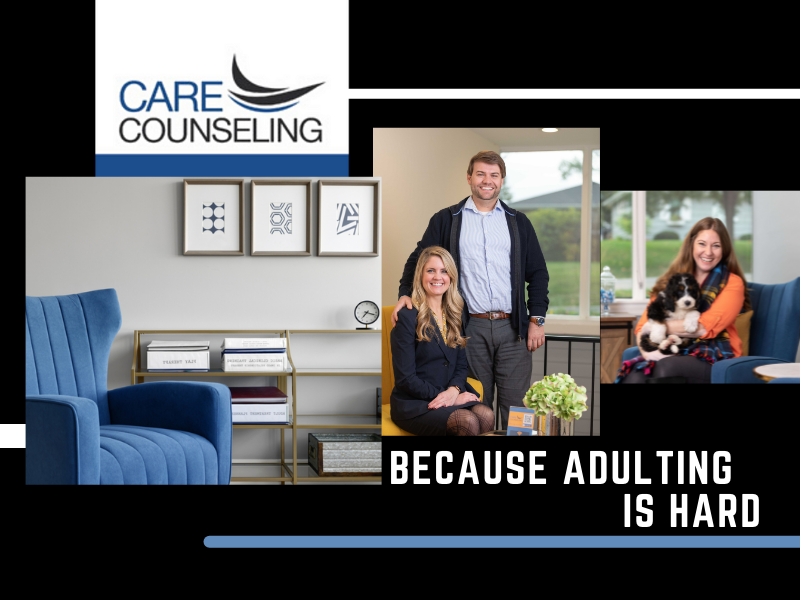 We invite you to learn more about our business development services to fit your small business banking needs.