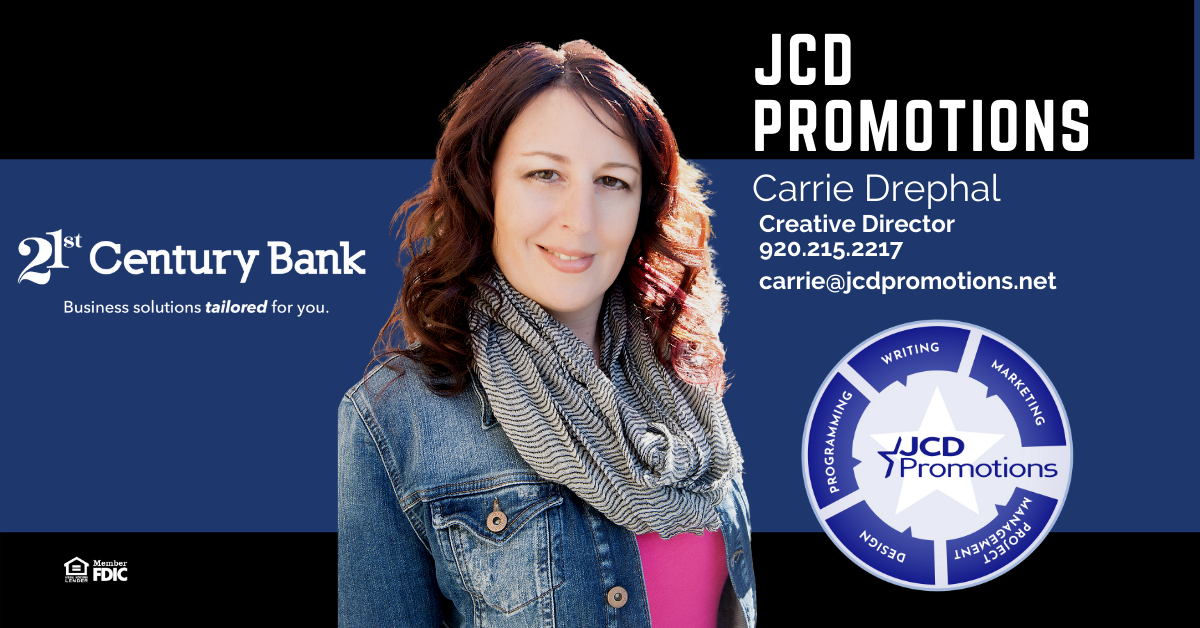 When COVID-19 first struck, Carrie Drephal had a different experience than many small businesses. Drephal’s web design company, JCD Promotions, was flush with business. “For a month straight, I was working on constant changes for websites and sending more estimates than I ever had for clients looking to build a new website,” said Drephal.

Drephal, a native of Wisconsin who has found her home in the Twin Cities, first started working for herself in 2005 after going through a layoff. Since she and her partner were planning to move away from the area within a few months, she opted to help other small businesses grow and get their names out.

Though she already had a BS degree in communication technologies management from the University of Wisconsin – Platteville, Drephal noticed in 2006 that marketing was going digital. Hence, she attended technical college to earn two associate’s degrees in web development and design and database programming.

For the next 10 or so years, Drephal produced several different events, all while continuing her work helping small businesses grow and working a full-time job. After the business she was working for closed its doors, Drephal began receiving unsolicited referrals to help businesses with their websites. Hence, she decided to jump into web design full time.

Once COVID-19 shutdowns began happening in March 2020, Drephal started getting an influx of client requests for COVID-related messaging changes. She was so busy that she ended up hiring a subcontractor in July.

While updating the information on the 21st Century Bank website, Drephal saw more and more about PPP loans but didn’t know if she would be eligible as a self-employed business owner. Once she found out that she was eligible, she applied for a PPP loan with her own bank—a big box, national bank.

The process dragged on and on. Drephal couldn’t access the bank’s portal to submit the PPP loan application or even schedule an appointment to talk with someone at the bank to get information about the process and requirements. When she was finally able to submit information after a back-and-forth with the bank’s website support, the information just sat there.

According to John Hicks, SVP Commercial Lending at 21st Century Bank, this has been a common refrain from national bank customers since the larger national banks were trying to funnel everything to a single portal and get things done with a small team on a national level. 21st Century Bank found themselves to be much more nimble in their response, pivoting staff to be “all hands on deck” throughout the PPP process. This was a huge benefit to those who had never banked with 21st Century Bank before.

Drephal was familiar with 21st Century Bank but wasn’t a current customer. It didn’t matter to 21st Century Bank. Instead of requiring PPP loan applicants to open accounts, 21st Century Bank wanted to address the immediate needs of the businesses reaching out so they could get their loan and get on with doing business.

Drephal decided to apply for a PPP loan through 21st and was astonished at the difference between how the two banks responded. With 21st Century Bank, Drephal was contacted with John Hicks, who told her exactly what information and documentation were needed.

Once she provided the required documentation to 21st Century Bank, Drephal’s application was reviewed and through the approval process within a week. A week later, Drephal had her PPP loan check in hand.

The PPP loan came at just the right time. Drephal had been so busy putting out fires for her clients who were trying to stay on top of their messaging that she hadn’t been invoicing consistently. Without the PPP loan, her bills would have been late or unpaid entirely.

With the PPP loan, Drephal plans to keep the subcontractor that she brought on in July and is hoping to increase the hours or even bring the subcontractor in as an official employee one day. The PPP loan from 21st Century Bank gave her the security and flexibility she needed to have an opportunity to begin scaling her business finally.

When she applied for the PPP loan, Drephal looked at it almost as an insurance policy—she knew that she was going to be financially okay right now because of the business that had been coming in. Still, she had no way of knowing what the coming weeks would look like as COVID-19 continued to wreak havoc on businesses everywhere.

“There’s an enormous amount of stress when you have a million different things going on and a million different projects, and you’re getting no answers from your bank, nobody you can even contact to get your questions answered,” Drephal said. “The people at 21st Century Bank are so helpful and supportive of small businesses. They help people understand not only their banking needs but beyond. That’s where smaller, community banks like 21st are stepping up and showing that they’re a better alternative for small businesses.” 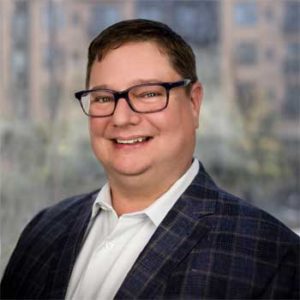 John Hicks believes that simply answering calls and return calls and emails made a big difference for businesses dealing with fear and uncertainty. In the weeks since the mad dash to get PPP loans issued, Hicks has reflected on the effect these loans have had. “It’s been fantastic to see individuals and companies able to grow in this environment. I’ve seen a few companies that have actually taken on employees to meet skyrocketing workloads because of all the changes that COVID-19 brought about to the way businesses do business,” Hicks says. “Even some businesses that lost contracts were able to pivot to another segment and see growth. It’s been incredible to witness.”

As for Carrie Drephal, her great experience with 21st Century Bank’s PPP loan process has led to her sharing the benefits of smaller, community banks instead of big box banks with the entrepreneurs she helps.